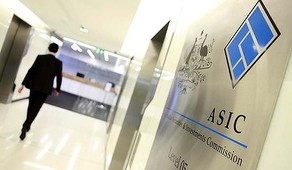 
EQUITY CROWDFUNDING IN AUSTRALIA ON ITS WAY
Treasury and Assistant Treasurer have made a range of announcement indicating that a formal announcement on Equity Crowdfunding is near.
Its not the first time, however  it is clear that details are starting to immerge regarding the fine tuning, with some notable changes;
Investors will be able to fund up to AU$10 000 per project, and they won't be annually restricted (prior there was a 25k limit discussed).
Issuers can raise through equity crowdfunding up to AU$5 Million per project.
The number of shareholders won't be limited, other than by practical limitation of the number dollar value per shareholder (within the cap).
Advertising and an open forum is contemplated.
A proforma disclosures to help reduce the burden on issuers
As a first step, equity crowdfunding will be only open to public limited companies. In addition, investors wont be able to access to secondary market, and finally, every equity crowdfunding platform will be required to hold an AFSL.


Why equity crowdfunding legislation is so important?
While some countries current regulatory environment are less restrictive for companies raising money, others are much more restrictive in raising capital via online offerings and require legislative change.
On an international basis, we are dragged behind the US, UK, New Zealand, and many parts of Europe in term of equity crowdfunding legislation.
The purpose of the “crowd” in crowdfunding and the virtue of being an online medium would extend start-ups reach to more than 20 investors and beyond the limited network of the founder(s). In fact, it would be expected that the crowd would be greater than 50 non-employee shareholders, which under the current legislation would require the startup to be a public company. Public company status brings with it the added costs of compliance, which, for startups, whose net assets generally are comprised of sweat, are cost prohibitive.
The expectation for equity crowdfunding legislative change is eagerly awaited for an other alternative of funding that benefits, and this should be a reality by 2017.